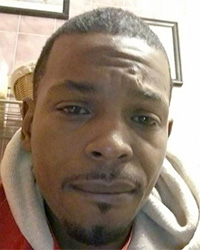 New York State Crime Stoppers, acting as a resource for the City of Poughkeepsie Police Department are offering a reward of up to $2,500 for information that will lead to the location, arrest and conviction of Robert Whitaker.

Robert Whitaker, 38 has been indicted by the Dutchess County grand jury on a charge of murder and a warrant has been issued for his arrest. On January 27, 2018, Noel McClinton was shot several times in front of the Fireman’s Exempt Club at 200 Mansion Street, Poughkeepsie, NY.

New York State Crime Stoppers is a 501(c) (3) not-for-profit organization that was formed to assist federal, state, county and local law enforcement throughout New York State. NYS Crime Stoppers offers rewards for information that leads to the arrest and conviction of the persons responsible for particular felony crimes within the borders of New York State. As in this case, the organization’s success can be attributed to the anonymity it provides callers and the rewards provided as an incentive.