New York State Crime Stoppers in cooperation with the New York State Police Bureau of Criminal Investigation in Hawthorne, N.Y., is offering a reward of up to $2,500 for information leading to the identity and whereabouts of an abduction suspect that directly leads to his arrest and conviction.

Early Saturday morning, September 29, 2012, a female subject (victim) who was waiting to be picked up by the representative of a friend at the intersection of Dyckman Street and Broadway, in the Inwood section of Manhattan, was approached by an unknown subject (suspect) whom she mistakenly believed was the ride she was expecting. The victim entered the suspects vehicle and shortly after discovered she had errantly entered the incorrect vehicle. The suspect refused to allow the female victim to leave the vehicle and subsequently proceeded to drive the victim into the City of New Rochelle on the New England Thruway (I-95) in Westchester County. 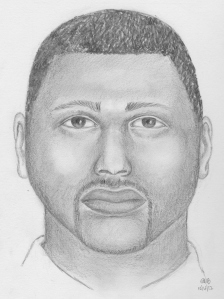 The suspect forcibly took the victims cellphone and wallet, preventing her from securing assistance. As the vehicle was approaching Exit 16 on I-95 the victim seized an opportunity to escape from the suspect and jumped from the moving vehicle. The suspect left the scene without stopping. The suspect is described as a dark skinned black male, between 5’4″ and 5’8″ with a goatee (around mouth). He is further described as well groomed and well dressed. The suspects vehicle is described as a BMW SUV, white in color with tinted windows, probably an X5.

Anyone with information that may lead to the suspects identity and whereabouts or any infromation about this case, including the vehicle that was used can anonymously call the NYS Crime Stoppers hotline at 1-866-313-TIPS (8477). Any information regarding this incident could help to solve this crime.

THIS VEHICLE IS SIMILAR TO SUSPECT VEHICLE